Help Me Cast the Prophecy Movie!

Hi, guys! I'm going to be doing a big feature on my website to encourage people to suggest actors and actresses for the characters in a future Prophecy movie.

And no, nothing's official! While I do have a film agent handling film inquiries, I can't comment beyond that.

I just thought it would be fun! And who else would I go to to help me put the candidates together than my favorite Prophecy gurus?!
O_o

So I'll give you some of my top picks, and you guys do the same. Then I'll post it all on my website at www.michellezink.com next week and we'll let everyone else weigh, too.

One of my favorite picks for Lia/Alice would be Dakota Fanning. Dakota DOES have gorgeous blond hair while Alice and Lia are brunettes, but hair color is an easy thing to change for a movie, and Dakota has incredible range as an actress. The role of Lia and Alice would require real psychological depth, and Dakota has proven that she's a serious actress in movies like Hounddog, Man on Fire, the Secret Life of Bees and tons of other projects.

Lucy Hale would make a great Luisa. She plays an increasingly important role in Guardian of the Gate, and Lucy really embodies the exotic sensuality that I had in mind when I created Luisa Torrelli.

It took me awhile to find someone I felt would be right for Sonia, but I'm thinking someone like Ana Sophia Robb. She has the angelic innocence I picture when I think of Sonia. What do you guys think?

And now... for the moment you've all been waiting for! Jensen Ackles is EXACTLY how I picture James in my mind. He might be a tad old for the role, but let us just admire his perfect James-ness...

Who better than one of my all-time favorite actresses, Meryl Streep, to play the kind, strong, secretive Aunt Virginia? Hey, if I'm going to do this, I'm going to aim high! 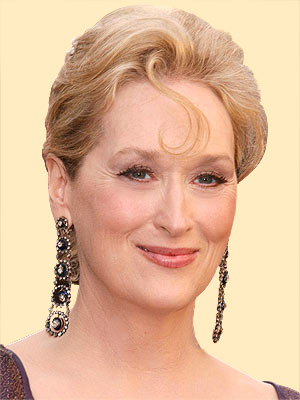 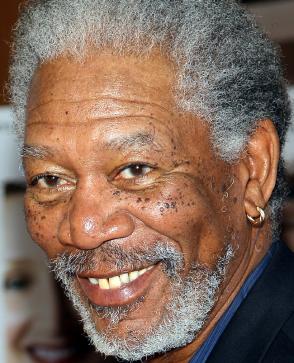 And last, but certainly not least, Henry; 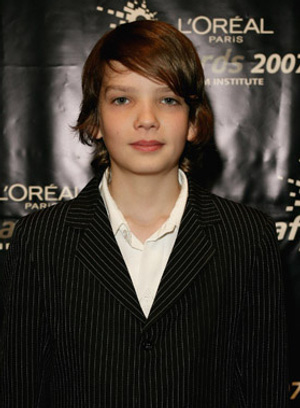 I'm cutting it close on the age with Kodi, but what an incredible young actor! If you haven't seen him in The Road, you SHOULD.

These are my thoughts on the actors and actresses who would be great for a Prophecy movie, but there are so many talented people out there, I'm sure you guys can think of a few! Add them here!
<3

Replies to This Discussion

Permalink Reply by Ashley Pulawa on February 4, 2010 at 12:52pm
Dakota Fanning: Ehh, I don't think she would fit the role. That isn't how I thought of Lia and Alice.


Ana Sohia Rob: She would make a great Lia and Alice also, but not Sonia. Maybe Luisa!

Jensen Ackles: Mmmmm. He is so hot! I love him in Supernatural, but he is a bit old. Maybe Taylor Lautner or something.

Meryl Streep: Perfect. Even her hair in that picture reminds me of Aunt Virginia.


Morgan Freman: Hmm...Yeah, he would fit the role of Edmond.

Kodi: Yeah hes perfect! Hair and all. Is he inglish?

Permalink Reply by Rumpleteaserkitty on February 14, 2010 at 12:05am
Very cool cast for Prophecy of the Sisters!!! I always thought that Dakota Fanning was more suited for Sonia, I always thought they looked the same when I read the book anyway lolz. Hmmm...I'm not sure who else would I would cast in the movie, I really like this cast though and will definitly post it. Maybe Ian Somerhalder as James??? He plays Damon in Vampire Diaries and, in an episode with falshbacks I thought he looked so much like James, here's a picture from the episode.:):):)
Attachments:

Permalink Reply by marissa on February 14, 2010 at 2:00am
*Henry is just perfect thats just how i pictures him! Great choice on your part!
but for james
(im in love with jensen but he seems to old to play this role i know hes older in the book but thats just my opinion!)
i still love him though... i picture a tall brunette short hair with DEEP blue eyes that show sadness but with a deepening pation just for Lia..
a strong bone structure sort of muscular. or for example: logan lerman: Alex pettyfer:
anyways

*i dont like the actress for niether of the twins
i think you shhould give some other poeple a chance actual twins..
i love dakota but i dont see HER as bieng the twins
plus itll be easier for actual biengs then using computers itll just throw me off if she them...
oh man you have to do a great guy for edmund, i liked him alot just in a way i dont know.
but for alice i see more death and anger in her eyes so watch that for me please and for lia i see more like the quite sweeter side.
Like shes not the stronger twin...

Meryl is perfect that relativly close to how i pictures Virginia!
perfect i love her anyways!

Lucy that how i pictures her soo much but with green or blue eyes but i dont mind at all about yousing her as the character!

Sonia i pictures more like a brunette with very fair skin
but im so much rethinking about tis beacause whove youve chosen is gorgeouse! and so mystical like a little angel...

Little extra info if you want it: for te dad i picture Chris Pine as him for some crazy reason and for the mom rachel Mc adams!

Okay i think im done but thank you so very much
and i know things arnt set in stone just yet but for now i cant WAIT for the movie its aganizing!!
-marissa XD

Permalink Reply by marissa on February 14, 2010 at 2:17am
sophia bush just think about her as well

Permalink Reply by cajean bella on February 20, 2010 at 9:35pm
oh you have to have Robert Pattinson play something! ummm he could be the guy who helped Lia escape from Micheal in one of the other worlds

Permalink Reply by CYNTHIA OSORIO on February 24, 2010 at 2:37am
WELL I THING YOU SHOULD HAVE Ana Sophia Robb AND Dakota Fanning THEY WILL BE PERFECT 4 THE PART!!!

Permalink Reply by amanda ortiz on February 24, 2010 at 7:43am
jensen ackles is a very good one think you sould use her.

Honestly, I loved what you chose!

I had picked out my own actors the day after I read the book... So here they are.